American whiskey nerds rejoice- Stoll & Wolfe Distillery in Lititz, PA has done a thing. A big thing. One of the amazing and unique things about the rye whiskey that was distilled in Pennsylvania is that much of it was made with a variety of rye called Rosen rye. On the earliest Michter's jugs, it was even specifically called out as the variety of grain used to produce the Michter's Pot Still Whiskey. As rye drinking, and whiskey drinking in general, waned over the years, Rosen Rye became a "dead" variety that was no longer planted and used for anything. Through Laura Fields at the Delaware Valley Fields Foundation and their Seed Spark project, Rosen Rye was planted in conjunction with Penn State University. When enough was available for harvest, Stoll & Wolfe was selected to be the distiller- since Dick Stoll is part of the operation, it would only seem fitting! This past Tuesday, the grain was cooked and mashed and the yeast was pitched. Saturday saw the first distillation of Rosen Rye in decades, probably 50 some years! Of course Mr. Stoll was there, as were many other folks from the world of American whiskey. It was an excellent day that went wonderfully and produced a whiskey that is rounded, full of flavor, and yet not rough or harsh in any manner. I look forward to seeing what comes out of a barrel in a few months and years! Pictures below are all taken by my wife. A special thank you to all the folks that really made this happen- the farmers, the folks from Penn State, Laura and her team, Lisa Roper and Steve Bashore for their expertise, and the whole team at Stoll & Wolfe! Also, a special note too that Dad's Hat will also be producing a Rosen Rye that should be an equally impressive whiskey. Look for it in the future too! 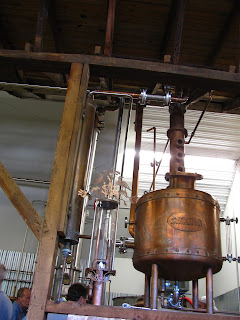 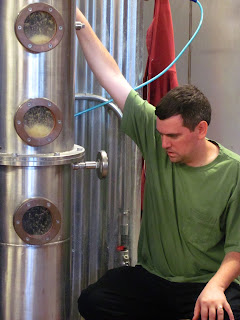 Me running the column still. 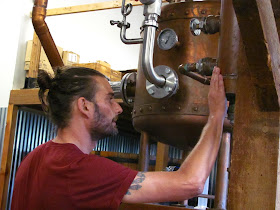 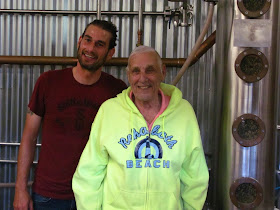 Dick Stoll and Erik Wolfe. The men that the distillery is named after. 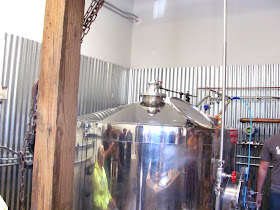 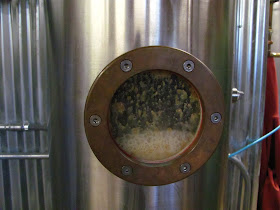 Rosen Rye being distilled in the column still. 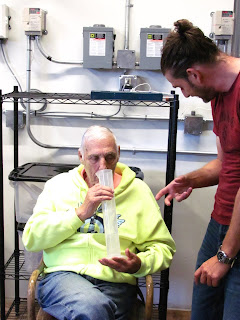 Mr. Stoll taking a taste of the new distillate. 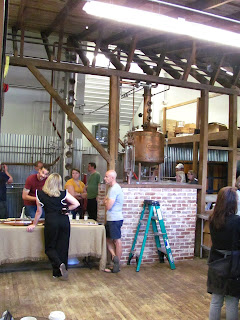 The distillery and attendees. 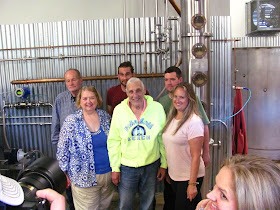 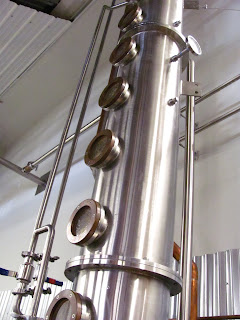 The column still bubbling away!
Ethan Smith at 9:11 AM